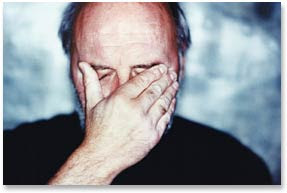 St John's Wort has become a popular alternative to anti-depressants such as Prozac and Seroxat in recent years following fears over the safety of SSRI (selective serotonin re-uptake inhibitor) drugs.

But the herbal extract St John's Wort now has more than just cheerful converts to testify to its mood-lifting powers. In what is billed as the most thorough study of the plant, scientists have found it is just as effective as Prozac at treating depression.

It also had fewer side effects than many standard drugs used to help those battling despair. In Germany, it is commonly given to children and teenagers.

A separate study has found St John's Wort, available in countless health shops, is the only alternative medicine proven to have an effect.

[By Daniel Martin, The Daily Mail.]

To read Daniel's whole article in the Daily Mail about St John's Wort , click on the link: http://www.dailymail.co.uk/health/article-1072414/St-Johns-Wort-plant-effective-Prozac-treating-depression-say-scientists.html
Posted by Unknown at 06:32

Email ThisBlogThis!Share to TwitterShare to FacebookShare to Pinterest
Labels: Depression