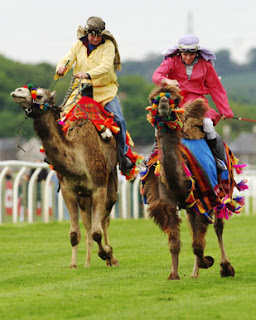 At Elixir, we often have people seeking help for general tiredness, lack of energy, poor concentration, weak immune defenses and downright fatigue. In the modern world, people are constantly exposed to stress, and the demanding tasks of everyday life are highly challenging to both body and mind. Environmental changes, a hectic lifestyle, stress and unbalanced eating habits all have an effect on people’s health.

Ever since we opened the shop nearly 10 years ago, we have been offering an excellent tonic called Bio-Strath, which consists of a special combination of herbs and yeast. This blend contains numerous strengthening substances needed by the body for efficient performance and all-round good health. It is high in vitamins, minerals and those all-important amino acids, the building blocks of protein. Just perfect for those feeling below par, especially if recovering from illness.

There have been numerous studies over the last 40-odd years which support the effectiveness of Bio-Strath. One such study showed that it improves the immune system by increasing white fighter-cell response when the body is under attack. This particular research also demonstrated the Bio-Strath is as effective in keeping colds and flu infections at bay as the flu vaccine.

Another study showed improvement in general performance when taking Bio-Strath. The researchers noted significant improvement among the 60 patients in the areas of fatigue, nervousness, concentration, immune resistance, physical and mental capacity and vitality. The Bio-Strath group improved by 64% as opposed to 10% in the placebo group.

It has also been shown in a study conducted in Switzerland that Bio-Strath improves performance in school, by reducing poor concentration, general tiredness and improving well-being.

There have also been studies to demonstrate that the development of pre-Alzheimers conditions can be slowed down or even reversed with Bio-Strath. It has also been found to offset the negative side-effects of radiation therapy, helping patients maintain their bodyweight and energy, and restoring haemoglobin levels.

I was told a funny story when I visited Bio-Strath in Switzerland some years ago. They had been called to help with an unusual problem: newborn racing camels in Saudi-Arabia frequently suffered broken legs when first attempting to stand up, which was an expensive loss of camels. The trainers had tried giving them calcium in their diet, which had some effect, but there were still too many broken limbs. However, after adding Bio-Strath as well, they no longer suffered broken legs as the Bio-Strath helped the absorbtion of calcium into the bones, making them nice and strong.

So, I guess the moral of the story is, if you want to be as strong and fit as a racing camel, give Bio-Strath a go! It is perfectly safe to take for children, pregnant women, and does not interfere with any medication or cause problems with candida. It comes as a liquid or easy to take tablet form. The tablets are also suitable for diabetics, since the liquid has a bit of honey in it. For best results it is advisable to take it for at least one month.


By Randi Henderson
Posted by Unknown at 04:39

Hi Jason,
Like yourself, i have been promoting Bio Strath for the past 9 years.

I like many people around the world taking Bio-Strath, find it very beneficial for our health.

Since many years, seldon that i hear people not benefitting from it especially if it comes to medical professionals in Malaysia.

I wish you all the best in promoting health with Bio Strath.

Hi Alex, thanks for the encouraging words. My wife, Randi, actually wrote the article. It's true though. It's a safe product to advise anyone under the weather to take. It's always worked; and for the last 10 years, it's been in the top three of the best selling supplements on our shelves!

just curious, what's another 2product in your best seling list?