Who can afford to pay for pills in Portugal? 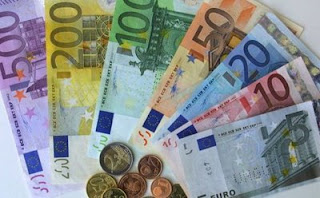 Randi and I have just returned from a very lovely, relaxing week in Madeira, the Portuguese island. Madeira, as anyone who has spent time there knows, is a very pleasant, beautiful land with an astonishing range of shrubs and flowers and rural walks.

The people there are admirably obsessed with tidiness and it wasn't unusual to see the streets being swept and windows wiped at all times of the day and evening! Did you know that there's an international league for litter free countries and that Madeira is, proudly, often top of that list?

What did come as a surprise was the price the locals pay for supplements and skincare, in general, in their own health food stores. It can't be the ordinary Madeiran who's paying those prices since average wages are ridiculously low. Nevertheless, the average price of typical vitamin and skincare brands such as Quest, Solgar, Higher Nature, Vogel, Weleda, etc, was often double or more of what we would pay in our own country. And given that the internet, online ordering, from what I understood isn't widely developed, you're left wondering about affordability and all that. How can anyone paying £15.00 - £20.00 for a bottle of supplements in the UK, pay £45.00 over there? There can't be much link purchasing! What market do shops serve? Relativity of prices exists of course. Compared to the USA our supplement prices are thought to be extortionate.

Owners of health food stores tell me that food and good nutritional advice comes first. Nothing wrong with that, whole-heartedly agree. And, of course, with a temperate climate there's less demand for many types of natural medicines. It's the same in many Mediterranean countries and that fact alone explains why Britain is battling with Brussels over retaining control over its own independent supplement market. 'Market harmonisation' is not our favourite expression. However Madeiran health food stores stock as wide a range of supplements as in the UK but at more astronomical prices. Yes, there are some sell by date problems; such stock rightly does not turn over as fast but, on the whole, I'm still somewhat confused as to who buys them. The country’s cost of living also runs across the high price locals pay for clothes, white goods, and food. The tourist industry has brought great wealth to many but the average Madeiran isn't seeing that wealth. So I’m really in the dark as to the strength of the natural health market over there, and which section of the market supports them.

After returning from Madeira and home to Cornwall, I was informed that one of the largest Portuguese settlements is of course in the UK; and indeed there's a large settlement in my own town of Bodmin, many of whom are good customers of Elixir. So maybe that answers my question?
Posted by Unknown at 09:13

Email ThisBlogThis!Share to TwitterShare to FacebookShare to Pinterest
Labels: Who can afford to pay for pills in Portugal?