In this article Randi Henderson writes about that fun male part - the prostate! Chaps don't have too many tricky bits to contend with, unlike our female counterparts - but when this one is on the blink, or teetering on the blink, it does so monumentally. On a more serious note it's the number one male killer, claiming lives of many men yearly. So have a read and so what you think. 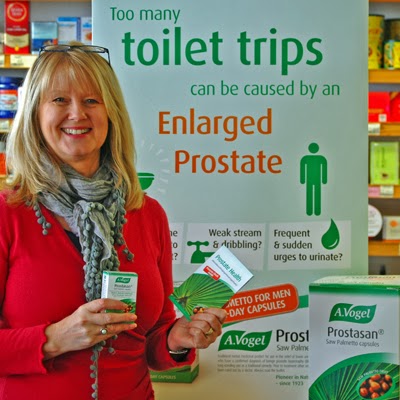 Did you know that 50% of men at 50 years of age already suffer with an enlarged prostate? We tend to think it's something that happens to really old men, but it's surprising how early it sneaks up on you.

The early symptoms of something being not quite right is needing to go to the loo more frequently - and if you are having to get up in the night, perhaps even several times, it is definitely time to get things checked out.

5 WAYS TO SPOT A POTENTIAL SUFFERER
✔ He’s usually over 50 and grumpy (from lack of sleep – see next point)
✔ It’s 3am and he’s on his second toilet trip, disrupting his sleep once again
✔ He can tell you where the nearest toilet is within a five mile radius
✔ You’ve only just left the house and he’s already asking “Are we there yet?”
✔ He’s just been to the toilet but feels the sudden urge to go again.

SO WHAT'S UP?
Well, the prostate gland is a little doughnut-shaped gland at the base of the bladder, surrounding the tube which carries urine out of the body (the urethra). The problems start once hormonal changes take place sometime after the age of 30 (yes, you guys get that as well, it's not just the girls!), causing the prostate gland to grow and squashing the urethra as it passes through the prostate. No wonder it's difficult to go to the loo!

The technical reason behind all this is that with age, increasing amounts of testosterone start being metabolised into di-hydrotestosterone (DHT), which causes inflammation. As the DHT accumulate the prostate gland gets bigger, leaving less room for urine to pass through and making it difficult to empty the bladder completely.

WHAT CAN BE DONE ABOUT IT?
Once you have established that you have an enlarged prostate gland, it is well worth trying a natural remedy before taking the more drastic step of drug medication or operation as these options carry the potential side effects of impotence and incontinence - not a cheerful prospect!

Saw Palmetto capsules on the other hand can be taken with a minimal fear of side effects or adverse reactions, and the herb has been used by Native Americans for thousands of years. The berry of Saw Palmetto contains hormone balancing constituents which prevent testosterone from changing into DHT. It acts specifically on the prostate gland and does not affect any other organs, so no worries about impotence! The overall effect is less inflammation and therefore a reduction in the prostate gland, leading to an easier, unrestricted flow of urine and no discomfort. It is also good to know that you can take it alongside most other medication, for as long as you wish. 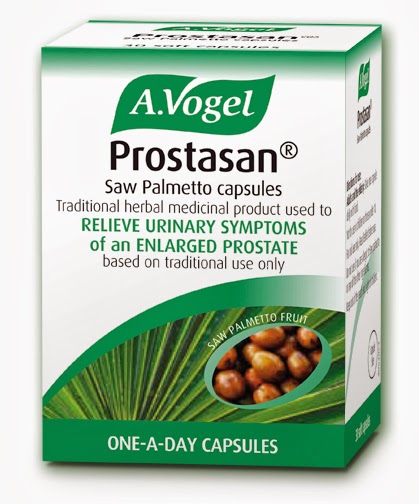 In a Swiss clinical trial carried out using A Vogel's Prostasan capsules, noticeable improvements were found after only four weeks. This confirms the excellent feed-back we get from our customers at Elixir, so if you (or the man in your life!) are suffering in silence, come and have a chat with us.

**SPECIAL OFFER** During  March 2014, you can purchase this product with a £2.50 discount - so taking the sting a little out of giving it a go. So hurry while stocks last!