Spring, a time of new beginnings, is when we finally see the end of the cold dark winter and look forward to long hot summer days. Whilst most people welcome warmer weather, for others spring means the start of the allergy season. According to the British Allergy Foundation, approximately one in four of the UK population 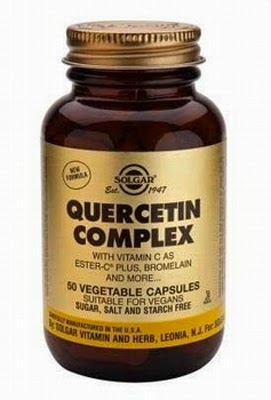 will suffer from allergy at some point in their lives, and the number of people affected is increasing by 5% each year.


Hayfever is one of the most common allergies in the UK. Also known as seasonal allergic rhinitis, hayfever is an allergic reaction to airborne substances, such as pollen, that gets into the upper respiratory passages – the nose, sinus, throat – and also the eyes. The type of pollen that causes hayfever is typically connected to where the sufferer lives, so in the UK most hayfever is caused by grass pollen, rather than the olive pollen that might bug you if you lived in southern Spain!

The pollen that enters the bloodstream through the tissues of the throat, lungs and gut is regarded by our immune system as foreign, and in defence the body produces antibodies, which increases the release of histamine. Histamine irritates the upper respiratory passages, causing swelling and inflammation leading to the typical symptoms of itchy and watery eyes, runny or bunged up nose, sneezing and coughing. Many people resort to taking antihistamines, which may offer some relief but can cause drowsiness and other side effects.

Hayfever, eczema and asthma are linked together, so a sufferer of one is likely to suffer from the other two as well, and the tendency to allergies frequently runs in families.

SO WHAT CAN DONE ABOUT IT?
At Elixir, we are particularly enthusiastic about Solgar's Quercetin Complex, which also contains vitamin C for added support to the immune system. Quercetin is a flavonoid found widely in the plant kingdom, and plays a role in the immune system function and its inflammatory response. It helps support healthy respiratory tract function, especially when challenged. Quercetin also has powerful antihistamine activity, stabilising the immune cells so they do not release histamine in the first place. Like Quercetin, Bromelain is known to have anti-inflammatory properties, and also greatly enhances Quercetin absorption. Bromelain, which is an enzyme found in pineapples, has the ability to break down proteins and helps to disperse the mucus associated with allergic reactions.

Just so you know, it is suitable from the age of 4 and there are no contraindications including pregnancy.

Click on the links above or visit us at elixirhealth.co.uk if you wish to speak to a customer advisor, or you can telephone us on 01208 814500 for further information.

By Randi Henderson
Elixir Health Foods
Posted by Unknown at 06:28

Email ThisBlogThis!Share to TwitterShare to FacebookShare to Pinterest
Labels: SOLGAR'S QUERCETIN COMPLEX - THE ALTERNATIVE TO ...HAYFEVER