THE HEALTH BENEFITS OF VITAMIN D

Vitamin D is always in the news these days most alarmingly for “rickets,” the childhood disease we thought we were close to eradicating, and which is spreading around the world. They think it’s to do with changing lifestyles and the many hours children spend indoors playing computer games or watching television; as well as a lack of good nutrition in many countries. But whatever the reason it’s accepted more needs to be done to stop its rise and to keep banging on about how important the 'Vitamin of Light' is to us. 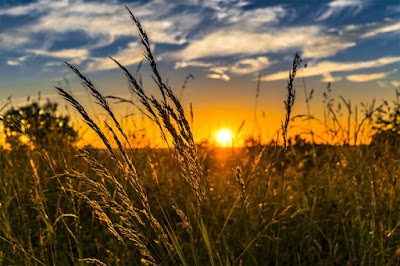 So, interest in Vitamin D is growing: the British NHS, for example, says studies of Vitamin D were made looking at how it could prevent “acute respiratory tract infections,” such as colds, flu and bronchitis and that using supplements was particularly helpful for people who had very low levels of vitamin D. There are recent studies which looked at how vitamin D could help rheumatoid arthritis sufferers and its link to musculoskeletal pain. Even further research on the ‘Sunshine Vitamin’ showed there might be a relationship between low levels of vitamin D in the blood and depression. The research found that taking vitamin D, particularly in large amounts, improved the symptoms of depression. So where traditionally it was named as a vitamin to help in the dark winter months with Seasonal Affective Disorder (SAD), when moods are low, its growing use in the prevention of many other diseases has meant the media has picked up on its bigger benefits, whatever the season.

Vitamin D is unique among nutrients in that it is a vitamin that transforms into a hormone. Like other hormones it functions as a chemical messenger within a feedback cycle responsible for regulating certain bodily functions and it is in that area scientists are learning just how many other benefits the vitamin has. It’s known as a fat-soluble vitamin which the human body can’t manufacture when exposed to sunlight.

Apart from infants and young people, because we've taught them to cover up in the sun and to splash on the sun blocker, there are categories of people who are theoretically more likely to be at risk of vitamin D deficiency and who may therefore need to supplement with this nutrient. These include:

- Vegetarians and especially vegans (Vitamin D is found mostly in animal and dairy products).
- Asian and African women and children who may not eat many vitamin D containing foods and who choose to cover up their skin. So even in countries like the Middle East, it’s gaining popularity.
- Pregnant and lactating women whose breast-milk can be low in vitamin D especially during the winter.
- The housebound elderly with a tendency to eat poorly or rarely able to get out.
- Nordic races where sunshine isn't available for certain months in the year.

So while the NHS recommends taking the Vitamin there is some controversy over the right level. For many the NHS recommendation is well below any useful amount. Such an ‘averaging out’ isn’t practical if, as we have seen, different groups of people have broader requirements of the Vitamin. It’s well to ask what is the insufficient or inadequate range? And what is right for maintenance if your levels are too low? Under those circumstances an amount in excess of what the NHS recommends is needed, and it’s rare to see it being sold in stores at such low doses. Our customers buy amounts anywhere between 1000iu - 5000iu, with 1000iu being the average strength but we rarely interrogate them as to their reasons. The usual dose for children is around 400iu per 1ml. While some customers follow recommendations of a health practitioner others self-prescribe based on criteria which is different from person to person. It really is a personal choice what strength you choose and the reasons for it.

If you wanted to be ultra sure you are taking the right amount of Vitamin D, you should check your levels at some point, which is what I did. To do that you can order a Vitamin D kit though the City Hospital in Birmingham which undertakes NHS Vitamin D assessment (0121 507 42 78). I personally take a daily capsule throughout winter between 2000iu - 4000iu and when I had my levels tested it came back with a “green light,” or “adequate,” which is to say, everything was good.

What other reasons might Vitamin D be used? (And incidentally the form known as Vitamin D3 is considered the best for absorption)

- Arthritis and other similar conditions which occur as a result of the breakdown of cartilage in the joints. Vitamin D is required to maintain healthy cartilage.
- Low levels of vitamin D may be a factor in high blood pressure.
- Studies suggest that vitamin D deficiency may be linked to Seasonal Affective Disorder (SAD) and mood disorders.
- Vitamin D has a variety of effects on the immune system and is crucial for its optimal function.
- Vitamin D deficiency may prevent sugar management by the body leading to high blood glucose levels.
- Vitamin D is required for the uptake of calcium required for various functions.
- More studies are needed but there is increasing interest whether a Vitamin D deficiency is  a risk factor for Alzheimer's disease and dementia,

Vitamin D deficiency is common in the UK because of our distance from the equator and dietary intake is often low, with oily fish and eggs being the main sources. Researchers now believe that higher levels of Vitamin D3 are required as a daily intake to receive optimal benefits and to maintain an adequate blood level. Vitamin D also contributes to normal absorption and utilisation of calcium and phosphorus in the blood. For that reason, and there’s plenty of research backing this point up, some people take it with a calcium and vitamin K2 supplement to help its absorption and to maintain its balance in the body.

The NHS however warn that taking too many vitamin D supplements over a long period of time can potentially cause calcium to build up in the body which can weaken the bones and damage the kidneys and the heart, so it’s probably a good idea to have a test at some point, especially if you have any relevant illness, so you know whether to boost or reduce your levels or even if you don’t need it. But be assured toxicity is very [rare] and you’re talking very, very high amounts - 40,000–100,000 micrograms - over a period before any harm can be done. The Medical And Health Regulatory Body (MHRA) set levels which can be sold in the UK, so presumably anyone taking more than the amount available and sold with recommended dosages in UK stores are under the doctor or receiving nutritional advice from a health practitioner.

Click on the link to view our full range of Vitamin D products.If you wish to speak to a customer advisor, you can telephone us on 01208 814500 for further information. We're always there to help.
Posted by Unknown at 15:16